Doc vs The Robber Barons

B.A. Arthur stood up - possibly from habit acquired in addressing corporation meetings - to do his speaking. 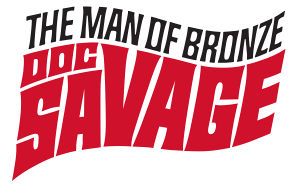 "Possibly,' he said thoughtfully, 'we should have gone to you in the first place. Our motives in doing this, you may or may not know, are, well - they are idealistic."
"Idealistic?"
B.A. Arthur cleared his throat. "The world today is a turbulent, unpredictable, war-ridden place. In no country, no nation on the face of the earth, are property rights unhampered by taxation. I am an American citizen, and when I die, the United States government plans to take over half my fortune in inheritance taxes - which means they will take some seven hundred million dollars, in spite of all my lawyers can do to the contrary. Granting, of course, that taxation has not made me a pauper before then."
B.A. Arthur scowled before he continued.
"Government meddling - you find it everywhere. Take the New York Stock Exchange, for example - what do you find? Government regulations everywhere you turn. The banks? Deposit insurance - eating up the banker's legitimate profit. Utilities? Government competition forcing rates down until return on capital is cut to a measly seven or eight percent."
Doc Savage looked around the table and said "The point is that you fellows - you very wealthy men - don't like the way the world is today. That it?"
"Exactly."
"And you propose?"
"We will create a sanctuary for wealth," B.A. Arthur said grimly. "There will be no income tax, no tax on any business enterprise of any size. There will be no regulations. Operating from such a country, we will soon make it the financial center of the world."
"What about the natives of Cristobal?"
"Oh, them? They will be shown their place." B.A. Arthur suddenly pounded the table. "There will be none of this damned rights-of-labor stuff! No unions. The first time the fools go on strike, we'll have them shot down. That'll teach them!"
Doc Savage remained emotionless, asked "And where do I come in?"
"We need brains. We might hire yours."
"What makes you think I would work for you?"
"You're one of those idiots who spends his time trying to make a better world, aren't you? Well, we're offering you the chance of your lifetime."
Doc shook his head. "This whole set up is rather hideous. It's selfish and ugly. It is simply a case of rich men - even more wealthy than anyone has a right to be - trying to keep their money and get more."
- THE DAGGER IN THE SKY, Kenneth Robeson (Lester Dent)
originally published in DOC SAVAGE MAGAZINE, 1939
Ah, the rich are ever with us. Too bad Doc Savage isn't real.
Posted by Doc Nebula at October 28, 2014 No comments: