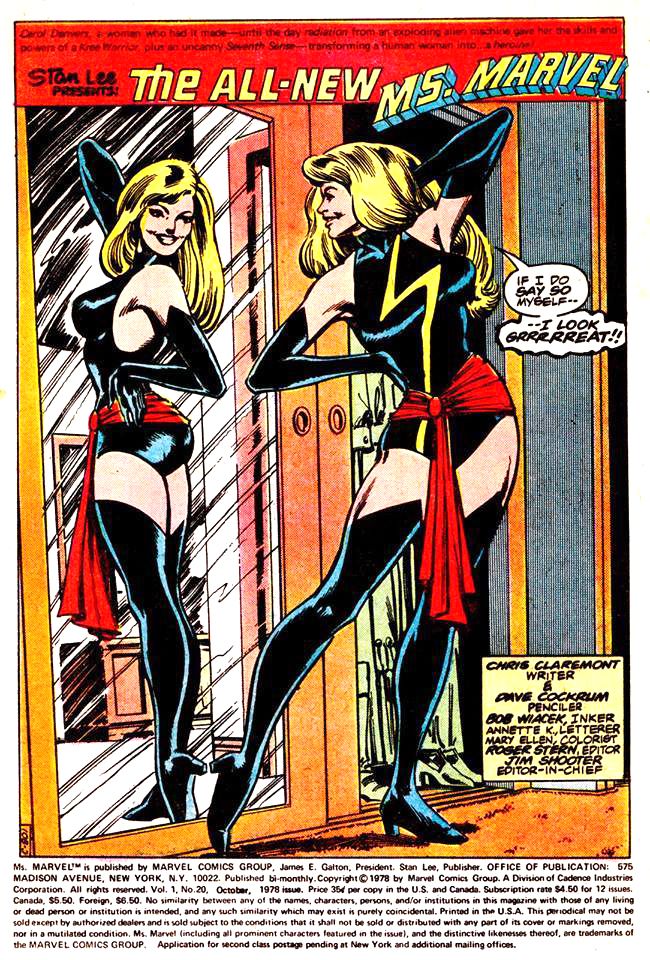 There's very little but disappointment in the latest MCU installment. Much though I hoped otherwise, CAPTAIN MARVEL turns out to be a steadily mediocre film with no peaks but quite a few deep, deep trenches. Of course, the things that bother me most will have gone unnoticed by nearly everyone else alive and awake in a movie theater this last weekend, but, still, I'll list out all the various plot elements that I found annoyingly stupid --
* The Kree are masters of focused energy technology, have artificial gravity, have conquered the galaxy using stargates, have wonderful skin tight battlesuits with built in environmental support, have astonishingly advanced AI and VR, and, most convenient of all, >gack< universal translators >cough< >hack< and yet, when they go into combat, they communicate through radio signals which can be conveniently distorted or cut off so their shapeshifting enemies can infiltrate their ranks.
* All aliens have British accents. The Kree have snotty upper crust British accents and the Skrulls sound like they were all born within earshot of the bells of St. Mary Le Bow. Why? Because that's the way, uh huh, uh huh, Marvel like it, uh huh uh huh. Jesus fucking Christ.
* Universal translators. I say again, with enormous contempt, universal translators. When you are writing 'science fiction' and you find yourself reaching for the 'universal translator' crutch, if someone smarter and more ethical than you doesn't punch you in the throat until you come back to your senses, at least understand that you are a brainless hack and you're no longer writing anything remotely resembling science fiction.

Imagine how much deeper and more plausible this movie would have been if the Kree and the Skrulls, when talking among each other, were speaking an incomprehensible alien language with English sub titles.  Imagine the first time Fury says something to Carol after she falls to Earth, she stared at him incredulously and said "How do you speak Kree?"  And then, of course, she'd realize he's not speaking Kree, he's speaking some Earth language she has no way of understanding, so how does she understand it?  Imagine how much more depth and verisimilitude that would give the film.

But no, we have to have 'universal translators' because Marvel thinks the audience is too stupid and has too short an attention span for anything intelligent.  And mostly, Marvel is right.
* When it turns out that the Skrulls are actually warm and cuddly and have cute adorable little green kiddies and all they want is a safe place to live somewhere the big bad Kree can't get them, I nearly went into a coma of disbelief.  But instead, I heard this dialogue in my mind:

FURY:  You sure didn't seem very nice when you were picking me up and beating me against the wall.  You seemed like you were trying to hurt me badly or kill me.
CAROL:  Yeah, and for a poor oppressed people you sure have big spaceships with lots of guns and weren't you mind-raping me to get information out of me?  Not cool.
FURY:  Also if you're just trying to find your long lost family and they're hiding in a hidden orbital lab around Earth why were you halfway across the Galaxy trying to ambush Kree at the start of the movie?

But alas, I only heard that dialogue in my mind.

Why can't the Skrulls and the Kree both be races of militaristic assholes who have hated each other so long that their cultures have become cruel and violent and viciously xenophobic... you know, like in the comics?
Is that too difficult to understand?
* Something that continually bothers me in so called science fiction is when the aliens aren't alien. This troubles me hugely all through the GUARDIANS OF THE GALAXY movies (where aliens who have never heard of Earth laugh when Peter Quill makes jokes about Jackson Pollack -- imagine how much more depth GOTG would have if every time Quill made a reference nobody on the ship should get, someone said something like "What's a Jackson Pollack"?) and it especially bothers me when alien cultures are pretty much exactly like modern 21st Century Americans, except they have funny skin colors and carry blasters.
This is never more exasperating to me than when aliens on distant worlds always seem to end up being heterosexual and monogamous. Because apparently this is the only cultural reproductive pattern anywhere in the universe, and every sentient race throughout space time has the same Family Values as the Cornfed Yokels of Weewaw, Nebraska.
It's bad enough when the John C Reilly Nova Corps guy in the first GUARDIANS goes home to his (alien!) wife and they apparently are all romantically in love with each other (romantic love in a social construct dating back to the early 14th Century, not a natural mating pattern at all) and have a cute little halfbreed kid (defying all known laws of genetics). It's worse when whatever the hell Drax's race is apparently also pairbonds off just like we do here in the good ol' U.S. Gamora, apparently, also just accepts the idea of being coupled up with Quill as the correct sort of relationship, whether she'll admit to it or not.
But now, with CAPTAIN MARVEL, we find out that a race of alien shapeshifters that can literally take on the physical forms of any living or unliving thing in the universe... still chooses heterosexual monogamy, and apparently buys into romantic love.
This is so fucking stupid I can't stand it. Aliens should be ALIEN. Skulls shouldn't even need to have sex to reproduce! Aaaaugggghhhhh.
And, hey, Disney, you're working so hard to have chicks and POC with agency in all your movies, but where are all the LGBTQ characters? You couldn't show one of Yondu's crew getting it on with a male pleasurebot in flashing pan scene in GOTG 2? Seriously, what the fuck?

Also, why are all the main characters white and all the sidekicks except for Bucky non-white?  (And Bucky doesn't count, because Cap's got the Falcon for a sidekick, too.)
* I will admit, it pisses me off that Mar Vell was turned into a chick, and I hope it's not because I'm a misogynist, but simply that Marvel's Captain Marvel is a childhood favorite of mine, and I dislike it when they fuck with my childhood favorites.
Mostly, though, I'm just pissed off at the way the MCU continues to take all the amazing, awesome, and brilliantly complex concepts created by Kirby and Lee in Marvel's Silver Age and relentlessly dumb them down for a larger and more mainstream audience. What was done to the Nova Corps and Ronan the Accuser in GUARDIANS has been done worse to the Kree, the Skrull, and especially the Supreme Intelligence in this movie, and I for one do not appreciate it.
* Every bit of characterization in this film is external, and as much as I want to like Brie Larsen's Carol Danvers, the only sense of personality or individuality we get regarding Carol in this whole film comes from conveniently dropped in props and other people's dialogue about her. When we get to the incredibly predictable climax where she lets go of the Kree 'master your emotions' horseshit to let her emotions rage, the contrast between her shouting over and over again "I'm human! I'm HUMAN!" with the fact that the only reason she can beat any of these guys is that she has superhuman powers she gained from standing next to an exploding Kree artifact... well, I'm sure the writers, directors, and producers of the movie thought they were creating brilliant irony, but actually, it was just fucking stupid.
Which is pretty much my summation of the movie.
I really hope ENDGAME is better than this but see no reason to actually believe that it will be. This seems to be the impact Disney has on everything it buys - to make it dumber, more simpleminded, more emotionally appealing (at the expense of intelligence and originality) and less offensive. Eventually, every creative sci fi or fantasy franchise in the world will belong to Disney, and will have been relentlessly transformed into Star Trek: The Next Generation with customized costumes, sets, and proper nouns.

There is a way they could salvage this movie.  They could have a sequence in GOTG3 where the Guardians smash and blast their way into a Kree military lab for some reason and they find this naked bald pink skinned chick floating in a VR tank with tubes running into her every orifice and electrodes taped to every square inch of her skin and they go "Who's this?" and it turns out that it's Carol Danvers and she's been in this tank being studied ever since Yon Rogg kidnapped her from Earth and the whole CAPTAIN MARVEL movie is a VR simulation they're feeding her to keep her from blowing them all up.

That would make everything make sense.  But Marvel will never do that.
Posted by Doc Nebula at March 15, 2019 No comments: